When humans perform a task with an articulated object, they interact with the object only in a handful of ways, while the space of all possible interactions is nearly endless. This is because humans have prior knowledge about what interactions are likely to be successful, i.e., to open a new door we first try the handle. While learning such priors without supervision is easy for humans, it is notoriously hard for machines. In this work, we tackle unsupervised learning of priors of useful interactions with articulated objects, that we call interaction modes. In contrast to the prior art, we use no supervision or privileged information; we only assume access to the depth sensor in the simulator to learn the interaction modes. More precisely, we define a successful interaction as the one changing the visual environment substantially, and learn a generative model of such interactions, that can be conditioned on the desired goal state of the object. In our experiments, we show that our model covers most of the human interaction modes, outperforms existing state-of-the-art methods for affordance learning, and can generalize to objects never seen during training. Additionally, we show promising results in the goal-conditional setup, where our model can be quickly fine-tuned to perform a given task. We show in the experiments that such affordance learning predicts interaction which covers most modes of interaction for the querying articulated object and can be fine-tuned to a goal-conditional model. 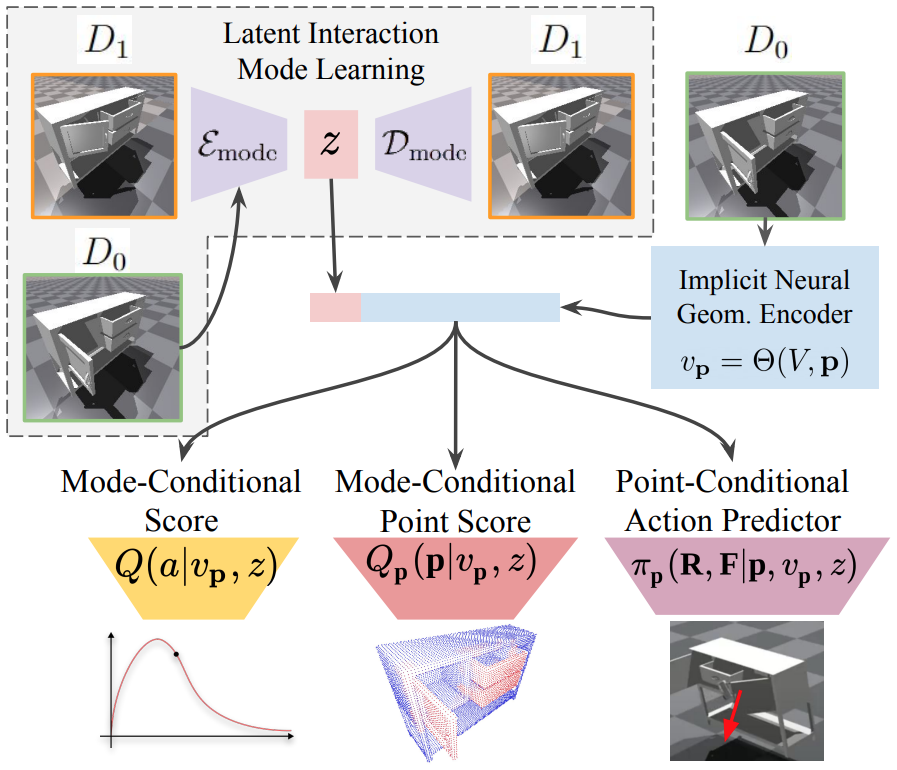